The G 7 Economic Summit in London May 7, 1977. The Heads of state standing in front of Number 10 Downing Street. Her's how it came about. The host Prime minister Callahan was running for election and needed all of the help he could get. The Summit was to be his big boost. In between greeting the heads of states as they rolled up to Number 10, he would stroll over to talk to the photographers. There was no group photo planned for that first day, but we,the photographers, really wanted one. Bob Daughtery, AP. Paul Slade PARIS MATCH and I working for TIME said that a group picture in front of number 10 would be on the front of every newspaper in the world the next morning. Prime Minister Callahan said,"I'll raise it with chaps." First the heads of security details came out glaring at us, then the heads of state, but they had the secretaries and staff behind them. We yelled, "get the underlings out of the background" and they compilied. Then we yelled "close the door" we had to see number 10 on the door. And that is how this picture was made.
Photo by Dennis Brack 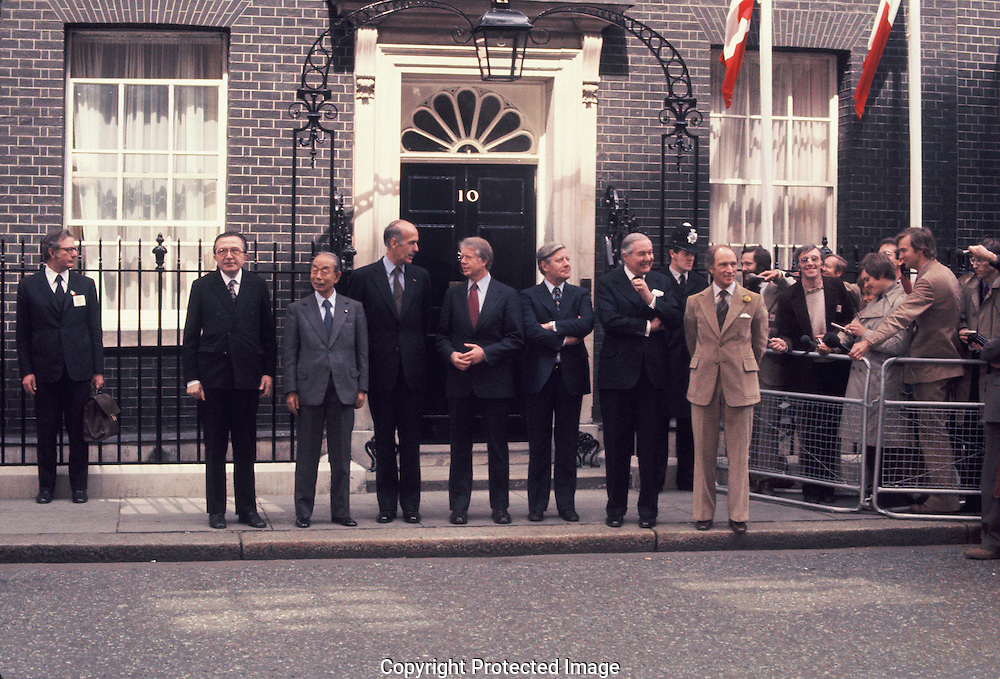